Our blog posts are the result of issues and opportunities we see in our daily work. They are designed to increase understanding and provide a source of vision for your web presence.

The World of Google I 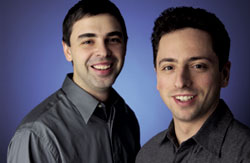 There are few people in the country—possibly the world—who are not familiar with Google. Google has become synonymous with a new generation that is used to having all of the information of the Internet at their fingertips, since any topic can be found through the familiar Google search engine. As a project for Stanford graduates Larry Page and Sergey Brin, the world’s most thorough search engine now sets the rules for how web sites are indexed and promoted on the worldwide web. Google’s mission is to organize the world’s information and make it universally accessible and useful. The word “google” has even been made it into Webster’s Dictionary, officially defined as “to use the Google search engine to obtain information about (as a person) on the World Wide Web.”

GET 3BY400 BLOG POSTS VIA EMAIL

Some of our Sites...